Directed by Justin Turkowski and Belinda Baggs, The Reef Beneath is a film about the impact our choices have on the future of the Great Barrier Reef

This is a beautiful film that shines a light on the plight of the Great Barrier Reef and brings into serious question the need for the Adani coalmine project. We need to take action to preserve this natural wonder for our children and future generations.

The film follows Belinda Baggs, Kimi Werner and Wayne Lynch on a journey of discovery along Australia’s Great Barrier Reef, the largest living structure on earth that provides habitats for thousands of species.

The reef is under threat with almost half of its coral lost or damaged, most of this in some way attributable to human impact, with the biggest single factor being climate change.

Together they explored the reef and experienced personally how something as vast and wonderful as the Great Barrier Reef can at the same time be so fragile and vulnerable.

The reality is that time is fast running out to save it. 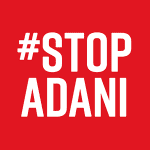